“d.è.o.m.è”, the debut offering from new Leipzig based experimental screamo act Laudare stands as significant work. This unique record has facets from across the spectrum of eperimental, post rock, black metal, and screamo music and offers a mind- bending lyricals sphere that’s both intriguing and mysterious.

only 130 copies were pressed.

watch a video to the song “begging substance”:

““d.é.o.m.é.” is a top to bottom onslaught of passionate violent poetry backed by incredible musicianship that really allows the album to become so much more than what I ever expected.”
-headbangerreviews

“In fact, I don’t really know who the fuck they sound like, as they are most definitely their own entity.”
-openmindsaturatedbrain

“d.é.o.m.é. is a brilliant and poignant album. With mature poetry, it embellishes its musical purpose, and guides it elegantly to create unorthodox but lyrical compositions that resonate with itself. A sensible, harsh album on which you would only regretfully miss out.”
-canthisevenbecalledmusic

” Laudare from Leipzig, Germany has produced a work of art. Starting off as almost spoken word the album goes through post hardcore, post metal, screamo, hardcore with a dark undertone. Some of the arrangements are reminiscent of prog rock. The lyrics are excellent.”
-unclelestalksmusic

Be the first to review “laudare – d.é.o.m.é. LP” Cancel reply 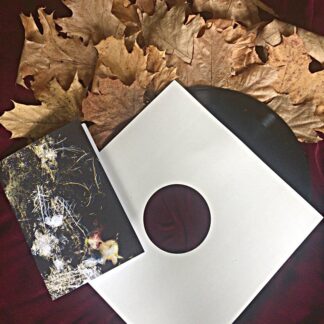