Here’s a split that isn’t so new (sorry for being late to the party, again!) but who cares, I still want to write about it. It’s features Chicago “DadrockViolence” band Crowning and Dunedin (NZ) screamo band Swallows Nest. The 7″ was released in June by four of the hardest working overseas labels I know, though I’m a little unsure of the actual release date, so if it’s incorrect above please let me know. Both Crowning and Swallows Nest are new to me, so I’m looking forward to this.

Crowning get three songs here and they don’t hang about. Their opener Coil is a violent and heavy blast of hardcore/emoviolence that’s lasts just over sixty seconds but is filled with riffs and bile for days. The slightly more pensive Old References gives the rhythm section time to talk before they once again unleash their unrelenting screamo. There’s a lot to take in but it’s so additive. Crowning’s final song Nerve is absolutely no different and the blasting cymbals that sit alongside the punk-like guitar work in the mid-section hide the angst and misery within.

Swallows Nest, from easily the most beautiful country in the world, play screamo that suggests all is not well on A Subtle Knife For New Doors. It’s slower but no less heavy and the dual-vocals give it extra oomph. Melody exists within both bands but here it does provide more atmosphere, even when Swallows Nest head off in a more off-kilter/chaotic direction. I could listen to this split over and over again, and in fact I probably will. The feedback that ends it underlines the savageness of it while the silence that follows reminds you that there’s always a light at the end of the tunnel.
(this noise is ours)

Crowning is a four piece band from Chicago, Illinois who formed in 2017, from the looks of things. Crowning features members of Itto, so going on that alone, you know you’re in for something truly special. Crowning play a chaotic and volatile style of music that incorporates elements of hardcore, punk, screamo, and emoviolence within their sound. Musically, Crowning can be loosely compared to bands such as Off Minor, Ampere, Orchid, Jerome’s Dream, and other like-minded bands. Since forming in 2017, Crowning have released a five song EP titled Funeral Designs in February of 2014. On their side of the split, Crowning offer up three songs of chaotic, volatile, and brutal as fuck sounding hardcore, punk, screamo, and emoviolence. The last song on the split comes courtesy of New Zealand based Swallows Nest. Swallows Nest play a killer style of post hardcore, punk and screamo. On their side of the split, Swallows Nest offer up one tracks of brutal sounding post hardcore, punk, and screamo. (dead air at the pulpit) 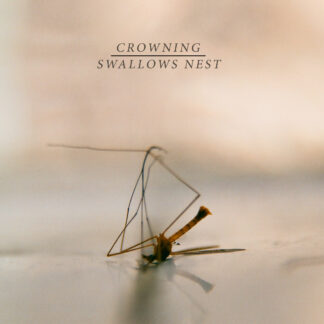