two bands, two songs and a running time of 17 minutes full of intense emotions, desperate outbursts and fulgent melodies! ARROWHEAD from Boston and FOREVER LOSING SLEEP from New Jersey, both deliver their best effort so far by leaving musical borders behind and creating a 17 minute long trip through darkness and light on this onesided record!
If you really need comparisons: If ever The Saddest Landscape decides to team up with Envy, then this might come close to how ARROWHEAD sounds.
And well, FOREVER LOSING SLEEP, how to describe them? Dredg comes to mind, Explosions in the Sky too, a lot of early 2k emo/screamo-bands, without sounding really like one of them. It is jus great music! And the biggest surprise is, how this dark, deep song by ARROWHEAD and this bright and epic track by FOREVER LOSING SLEEP together form such a coherent and beautiful piece of art!

Ambient noise can either be a counterpoint to monstrosity, or a complement. In the case of Boston’s Arrowhead and New Jersey’s Forever Losing Sleep, the midpoint lies in an overarching appreciation for melodic, far-reaching post-rock. On this 12″ vinyl split, Arrowhead uses the cinematic sprawl of their opening guitars, negating them minutes later on their contribution “Thousand Palms, Sung and Reposed” with scorching post-hardcore intensity. On the flip side, Forever Losing Sleep’s “Woken By the Sun” takes a lighter approach to genre fusion, where vocals float over instruments that peak and plummet alongside a frenetic emotional barometer. There’s a lot to unpack here — two songs total over 16 minutes — and plenty to return for, which is a testament’s to each band’s brand of grandiose, embattled songwriting.
(http://modern-vinyl.com) 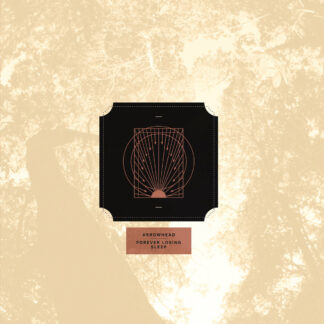