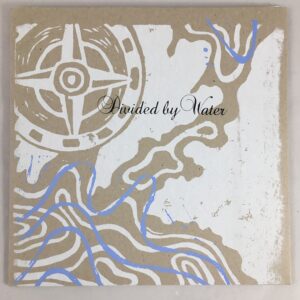 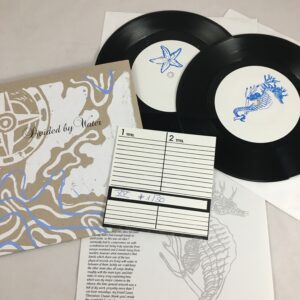 I’m not actually celebrating and there will be no explicit release for this occasion this time but 2022 marks the 15th birthday of time as a color, so I made this super limited edition of the divided by water compilation. it comes in 3-color screenprinted jackets and includes the same inlay and handstamped labels as the common variant. also comes with this cassette inlay from the 90s that reads “XV” and is hand numbered out of 30

also I got in some very nice records from france from emergence records: 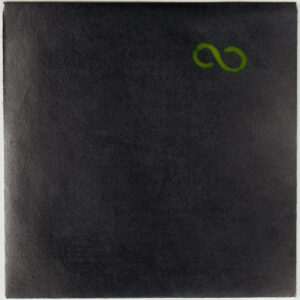 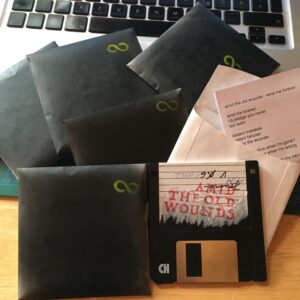 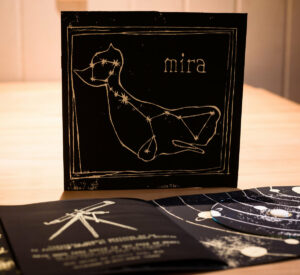 during preparation of some wishes on a plane re/releases I unearthed this 3 track demo song presumably recorded sometime november/december 2004. I’ve given this to a compilation before but wanted it to have a physical release too, so I made some floppy disks in spraypainted guitar string envelopes which I will randomly throw in with orders or distribute to other places while supplies last. I ran out of envelopes now but will make more copies in the future. physical copies are meant to be name-your-price benefitting my friend franz @ koenichsound, who has been a constant supporter of amid the old wounds since day one, please consider supporting him by buying a download of the song or our collaborative project ‘their something borrowed, glory’ from his bandcamp

furthermore I received some copies of the beautiful
mira 7″
it’s a one-sided 7″ with music by members of manku kapak, kubiak, they sleep we live and ilill, includes a zine with lyrics and a CD-R with the same songs. hefty elaborate packaging with wood/lino-cut covers

have arrived from fireflies fall and can be ordered now

dark days – from dusk to dawn LP
A brilliant mix between indie/punk, post black and screamo from France. On white 12″ vinyl.

twins – soon LP
TWINS is a german based band doing fine screamo’s influced post-hardcore in the vein of La Dispute, early Piano Become the Teeth and Touché Amoré. You’ll notice an assumed math-core influence mixed with some Midwest emo vibes and a lot of emotions.

annakarina – always moving forward LP
While “We Are Passing” was, in vocalist Chloe June’s words, a song “about trans feelings: what it feels like to be closeted, what it feels like to be scared of coming out, and the feeling of finally coming out,” “You Weren’t Ready” is about  “the feeling of watching a loved one lose a loved one,” and it tells the story in gripping, cinematic detail that leaves you hanging on every word.

low relief – shades and paper faces LP
low relief – for those who remain 7″
emo/hardcore from France. 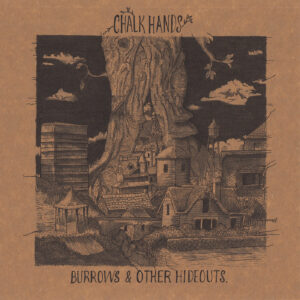 in case you missed it the chalk hands – burrows & other hideouts 7″ is officially out today and can be ordered from me, left hand label in the UK and clever eagle records in the US, so if that’s where you’re based please consider buying from them.

the band will start their central europe tour with fall of messiah, starting tomorrow: 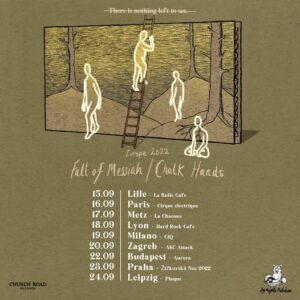 also I got in some very nice records from slow down records:

onsloow – s/t LP
Onsloows rousing and dreamy powerpop-sound also got this undercurrent of pop punk flair, with gritty edge on the guitars that hides behind fun and pop friendly choruses.

one hundred year ocean / you could be a cop split 12″
both combining inspirations from emo, postrock and even singer-songwriter bedroom atmosphere these two bands make a perfect match in the way they don’t match perfectly

following their highly praised debut LP from early 2022  we are proud to provide well deserved vinyl treatment to chalk hands’ first ever release, their 2-song EP “burrows & other hideouts”

“Filled with melodic, emotionally settling/unsettling (yes, they do both), clean indie riffs, these four musical geniuses from Brighton are quick to give you an aneurysm with their spastic and drastic changes of instrumental build ups into cataclysmic and passionate gang vocals.” (new noise magazine)

this is a collaborative release with left hand label in the UK and clever eagle records in the US, so if that’s where you’re based consider buying from them. the record will release on september 14th and will ship in time to be with you that day

also I got in some very nice records from maniyax records:

flesia – trost LP
Under the mighty roar of fatally melodic and gruellingly dissonant black metal, the Leipzig trio Flesia sees the darkness of the world. 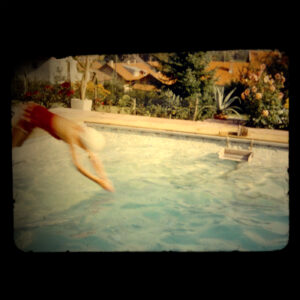 I received some records from the US from friend club records, most of these are kinda hard to come by over here in europe and I only got small quantities

On a quite important sidenote German Post is reconstructing their policies, so smaller orders including LPs can no longer be sent through media mail. There are some petitions trying to fight this, but it seems from july postage prices for orders of single or few LPs will increase drastically. This is out of my hands, so if you want to order just an LP or two please do so today or tomorrow. cheers

least – folding my hands, accepting defeat LP
“Folding My Hands, Accepting Defeat is about finally giving into my gender dysphoria. It’s about my darkest moments as a trans person stuck in the closet, but also the revelation of figuring out that it’s possible to move forward and live a fulfilling life.” – Taylin Willis

showbread – cancer LP
Cancer, Showbread’s latest studio outing, follows the story of a downtrodden and rebellious rock icon of a protagonist as he attempts to use a punk rock band to lead a revolt against inter-dimensional fascists called “The Principalities” in a not-so-distant American future.

floorbird – fall apart anywhere LP
Floorbird channel’s the best of Dashboard Confessional, The Maine and Cartel into a glowing polished embrace that is sure to warm your heart

turquoise – fermented fruit LP
Fermented Fruit is an eight song journey laced with debauchery that bounces along with a joy and passion rarely heard.

eugenius – midlife 2xLP
dark, aggressive hip hop, a chaotic, angular and melancholic soundtrack to the enlightening, and sometimes isolating, act of reaching the midpoint of life.

wet tropics – everybody get in LP
Wet Tropics  has the Gen-X slacker charm firmly in place, but it’s also hotwired with key elements of garage rock, power pop, and post-punk 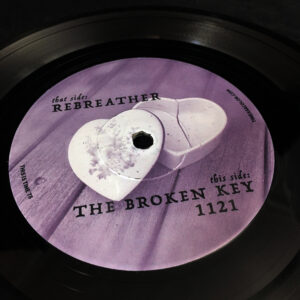 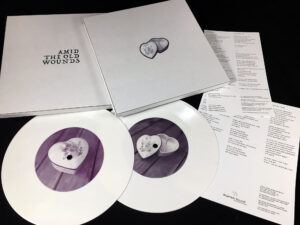 …as well as war honey 12″, world’s fair LP, groupie LP and restock of matte black LP
amid the old wounds second single ‘rebreather’ is out now and available on its own as well as in a very limited 2×7″ boxset including the debut 7″ ‘rebreather’ from 2020. you can stream all three songs now whereever music can be streamed, you’ll find some general streaming links on the bottom of the offical artist website or here’s some streaming platform links too. If you’re not subscribed to any you can always use youtube for free.
you can order the physical release here
furthermore some records have arrived in the distro from handstand records:
war honey – shard to shatter 12″ EP
reamy slowcore indie influenced by Slowdive, Crumb, Cigarettes After Sex, Modest Mouse, and Nick Cave.
world’s fair – we can’t be magic LP
Continuing to build upon the hook laden, guitar driven indie rock  “We Can’t Be Magic” adds to its sonic repertoire  with layered pop structures, a stronger focus on vocal arrangements to slower tempos and even “quieter” moments
groupie – ephemeral LP
A glorious and riotous amalgam of Patti Smith, Roxy Music, Velvet Underground, Bikini Kill, and The Raincoats
lacing – bummer CD
The mind-bending, bone-shaking debut album Bummer from the Chattanooga quartet LACING starts in the realm of shoegaze, taking influence from legendary bands such as My Bloody Valentine and Slowdive
lacing – without CD (restock)
Dreamy, heavy shoegaze with dramatic post-rock swells and nuanced noisy outbursts. Ethereal vocals compliment the icy clean guitar lines in a series of swirling waves before the storm of dark hooks and trembling discord.
matte black – psyche LP (restock)
In the four years since the release of Dust of This Planet, Brooklyn all-wave trio Matte Black has been honing its sound into something more direct and organic than ever before. 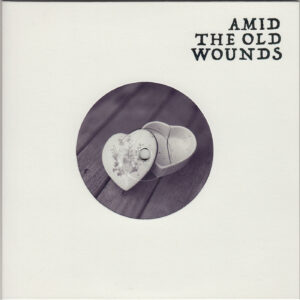 Idioteq.com are streaming a new song by amid the old wounds, the title track of the upcoming ‘rebreather’ 7″. Please check out  the article and stream here:

after reading and listening you can PREORDER THE 7″ HERE

we also made a limited 2×7″ boxset combining the first two atow singles on white vinyl (vinyl color is exclusive to this release). comes in an off white cardboard box with shaped sticker on front, artist name handstamped to the back and includes two lyricsheets. 100 copies made

K.C. Milian discography available for streaming
10 years after its physical release we made the k.c. milian discopgraphy entitled ‘all sorts of things’ available on all major and minor streaming platforms, so in case you missed it please check it out!

International postage rates increase
Sadly german post reorganizes the entire media mail system, so from june this year new dimension limits apply, which will sadly make it impossible to ship 10″ and LP records as cheap as I have for the last 15 years. They will have to ship as packages, which cost significantly more. I will slowly implement the new shipping method into the shop system, and the old one will be shut off once german post deceases it. So if you are considering placing a small order including LPs, do so before june!

have arrived from schädelbruch platten and can be ordered now:

on other news chalk hands have just released a live session video to  a song from their upcoming LP on dogknights productions, please give it a watch: