This masterpiece shifts from rushing breathless sections of hasty drums and frantic riff to super aggressive hyperblasting to sudden melodic drops and back again. Coming in at under the 30minute mark this output does an admirable job of exploring the concept presented under the title; TELOS being Greek for ‘End’, the release follows ideas of environmental collapse, the problems of post-modern society and overpopulation, and plays with ideas of metaphysical beings as metaphors, embodying the eponymous TELOS as a deity-like humanity destroying creature.

Following this almost sci-fi story like structure is refreshingly unusual in this genre and the band pulls it off remarkably well. Their sound is certainly comparable to that of a destruction deity. In short this is a brutally effective release in the blackened hardcore genre that will satisfy anyone looking for their blasting dissonance fix while at the same time offering interest and depth for repeated listens with a strong conceptual leaning and unusual instrumentation.

Be the first to review “telos s/t LP” Cancel reply 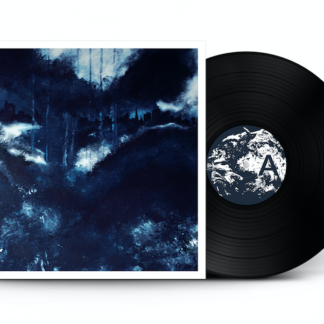