record sleeve has some corner bumps and a split upper seam

In short – Held in Merciful Light is about dealing with loneliness. For a lengthier insight into the ideas behind the album, the best place to start is the cover art. This image attempts to portray an idea that we are all in a way born from a brilliant light – supernova – and despite the isolating, despairing reality that we often face contained within our mortal bodies – existence is a vast and wondrous thing that we all share.

In our lonelier moments, it’s easy to be consumed by darkness, frustration and woe. This album explores how we tackle that, looking inward as well as out – favouring the light, understanding and hope we find within ourselves and discovering it in others.

Our experience of anything as humans is a very subjective thing, which the album also reflects on. Which is ultimately why it’s best that people listen, read the lyrics, take in the artwork and interpret it in their own way.

Musically it follows the same path we’ve been treading for the past 10 years as a band – owing much to early 2000s US metalcore (Hopesfall, Poison the Well…) and UK post hardcore (Mahumodo, Jairus…). 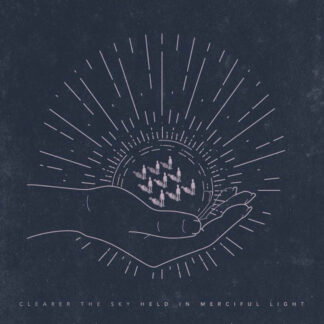