California indie rock Boy On Guitar‘s celestial, moon-kissed, and, at times, delicately sinister EP We Wait is a sublime offering, mixing the vulnerable and wicked in a dulcet blend. The female-fronted three-piece features Genesis Jennings’s floaty vocals echoing Lauren Mayberry’s of CHVRCHES, their sound combined with the ethereal magic of Bombay Bicycle Club and the twisted fantasies of Wolf Alice. The band are nothing short of musical experience, with Genesis and Jonathan involved in previous band Of Us Giants, whose 2014 album Nova Scotia received widespread critical acclaim; Sean Duncan’s former project, Fiver, released a 7″ with Death Cab for Cutie, and Duncan himself is involved in a number of other musical groups.

First track of the We Wait EP ‘My Last Name’ opens with chilling acoustic guitar laid under Jennings’s supple vocals, a cocktail of classic indie rock fused with soft synths. The song is a charmingly misty war-cry of sorts, combined with a hint of of the ominous: “Come on and take me down / I want to live it out, live it out while I’m dying for it.” Jennings’s vocals are soft and delicate, though the lyrics she sings are witty and twisted; in ‘Skydiving’, Jennings croons, “You’ll never hear me say I miss you when you go away / whether it’s my luck or fate, I don’t wanna know…”

The haunting imagery that Boy On Guitar evokes is eerie and vivid, full of whip-smart verses and faded glamour queen murmurs. ‘Your Place’ is a beautiful piece of dark poetry, an aerial number that leaves the band at their most exposed so far. The EP closer, ‘Downtown’, is a short but quietly explosive number, a lesson on how to interlace elements of soft, indie grunge-pop with floaty vocals and a dark, dreamy sound. Boy On Guitar have left their imprint on the genre of indie rock, a mystical thumbprint of fairytales – or even horror stories – set to song.
(http://the-indie-pendent.com/ep-review-wait-boy-guitar/) 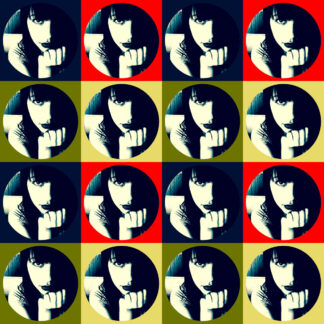