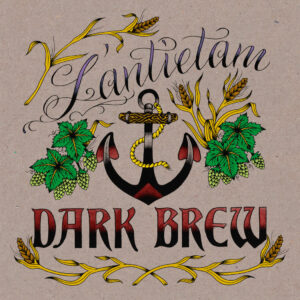 L’antietam was a band from New Hampshire and Boston, MA who existed from 2005-2011. L’antietam played a unique style of music that combined the sound of 90’s emo with technical tempo changing high energy hardcore. L’antietam released a self titled LP on Adagio 830 in 2005, a four song 7″ on Slave Union records in 2005, a split 7″ with Furnace on Electric Human Project Records in 2006, a second full length entitled Family on Slave Union records in 2006, a 12″ EP on Slave Union entitled Arthur Carr in 2007, a split 7″ with Kidcrash in 2007 on Narshardaa records, and this double 7″ which is released via Communication Is Not Words. This double 7″ starts off with Dark Brew, which is comprised of a four part series of dark and moody hardcore jams, which clock in at just about six minutes in length. The next five songs on the double 7″ on the Rock Bottom side of the record are more of a continuation of where the band left off with the Arthur Carr 12″ and features 5 tracks of heart pounding music that melds mid-nineties emo with technical tempo changing indie/hardcore. Overall, Dark Brew/Rock Bottom makes for one hell of a listen and is a fitting swan song for such an amazing band. Members of L’antietam can be found playing in Sneeze, a great grunge inspired punk band. (elementary revolt) 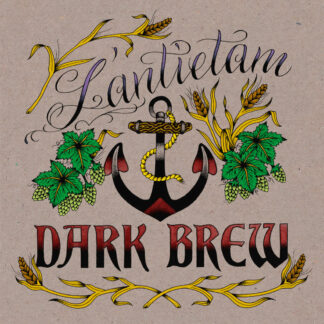