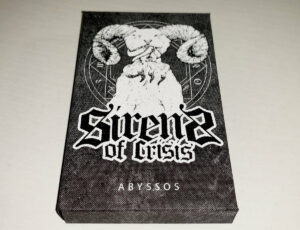 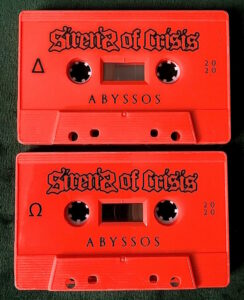 SIRENS OF CRISIS hail from Leverkusen in Germany. In their songs they combine their musical preferences for D-Beat, Crust, Doom, Hardcore, Sludge and Punk. The band exists since 2013 and has been playing live since then. In the end of 2014 the self-titled debut with seven pieces was released and in 2015 the accompanying video for the song “Erde Kaputt”.

The new 2020 release “Abyssos” continues on the course and combines fast D-Beat passages, wide, mostly melodic guitar walls, sluggish and gloomy parts and the distinctive, crust typical vocals. The album was recorded by Tobias Schmelzer in Wermelskirchen and mixed and mastered by Mario Dahmen at the Liquid Aether Studio in Schleiden.