With elaborate soundscapes, narrative musical passages and a cinematic atmosphere, Terraformer easily place themselves among the greats of post-metal.

record sleeves show some imperfections, like a very small crease, some minor ring wear or a tiny bending. inner sleeve may show seam split. nothing major. orange copy shows some wrinkling on the center label

records are pressed on purple with black splatter and orange crush vinyl (both 180g and limited to 150 copies each) and come in matte finished heavy 300g carboard covers. includes a download code

This is a lot heavier than I was expecting. “Mineral” opener Aegan is filled with big post-metal riffs and angular, off-kilter rhythms. Progressive but not in a head-scratching way, it’s also quite bleak and dark in places. I guess I shouldn’t be surprised considering they share their homeland with Amenra. There’s a natural flow between Aegan and Adamantine, which means no pauses! Adamantine is a mixture of atonal riffs and glorious treble lead work. The percussion and bass just sit within the vast layers of sound, but are both still noticeable and add heft. It’s really easy to lose yourself if this whole release, which is an aim that a lot of other bands don’t fully achieve. Terraformer is able to create something that’s really hard to aptly describe in writing with Amethyst. It’s shorter length gives it more urgency yet it’s this constraint that really brings out their song-writing skill as a band. It’s jaw-dropping. They flirt with menacing ambience at the beginning of Penelope, which is the sign of heavier things to come. Sure enough Terraformer delivers on that front with an incredibly bass-heavy tapestry of grind/crust/punk-like textures alongside their more familiar post-rock. Epoch is the release that you need after bottling up your emotions for too long. It’s incredibly up-lifting. That high that you feel after Epoch stays with you through The Ether Shell, even though it’s on the heavier side. It’s mid-section is more pop-like and the melodies are pretty hummable, flowing to a natural end via a wall of sound that fades in a sensitive way. I really feel like I should have written more about this record; however, I know that sometimes less is more. This is a pretty special release and coming so early in 2017 only hints at the incredible year it’s going to be.
(this noise is ours)

This album, their third, contains six heavy post metal anthems and takes you on a forty minutes lasting journey through soundscapes, distorted guitars and meticulous drums.
That being said, don’t let the cover art fool you. The drawing looks like a psychedelic rock album from the seventies but, instead of acts like Jefferson Airplane or Pink Floyd, expect something like Meshuggah writing a post rock album. I think that comes a lot closer to what I’m listening to right now. I know, it might be weird to compare this album to Meshuggah, but if you listen to the harsh, intense, “djenty” guitars on this one, you might understand.

Of course, the music on this album compares more to bands like This Will Destroy You, Russian Circles, Pelican, Isis and so on. With elaborate soundscapes, narrative musical passages and a cinematic atmosphere, Terraformer easily place themselves among the greats of the genre. Besides that, a track like ‘Adamantine’ thrives on these pungent guitar riffs, turning the post-rock sound into something your can brutally bang your head to.

‘Penelope’ is one of my favorite tracks on this album. Like most of the songs, this is a long, complex and intensely heavy anthem, loaded with these typical soundscapes and thriving on an immersive tempo. There is a hint of math rock and perhaps a dash of noise rock present, reminding me of A Place To Bury Strangers. Again, not a band name to be compared with I think. ‘Epoch’ eventually brings on the doom references, much to my delight.

But apart from all that comparing to other bands, I feel like Terraformer have found their niche within a genre where many bands are starting to sound alike. Maybe I can just go with the flow and categorize this under the new genre “post-djent”. I’m not saying that this is a unique album, but it is Terraformer at their very best. If you like heavy post-rock, you should give this a go. So in the end, again a Belgian band has started to climb into end-year lists.. I’m sorry for the rest of the world, but in 2017, the Belgian music industry is winning…
(http://www.merchantsofair.com/reviews/terraformer-mineral) 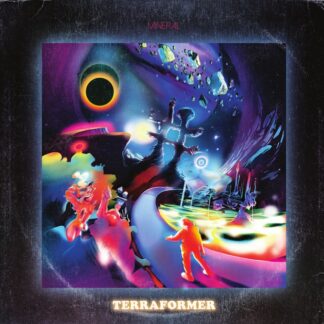