Originally released in 1996 by Ebullition Records, Sawpit – S/T will now be re-packaged and sold through Kakusan Records. An “official bootleg” approved by both the band and Ebullition Records, this marks a huge release for me. I remember hearing Sawpit when I was 15 years old through the magic of the internet, and now, 15 years later, I’m collaborating with one of my all-time favorite labels and one of the bands that has inspired me most

The re-packaging came to life through a conversation with Kent McClard where I was told he had found a box of the Sawpit 7″ (which I had asked some questions about earlier), and I was offered the box if I wanted it. I asked if he would be into the idea of re-releasing the 7″ to an all new audience, and he was very into it. 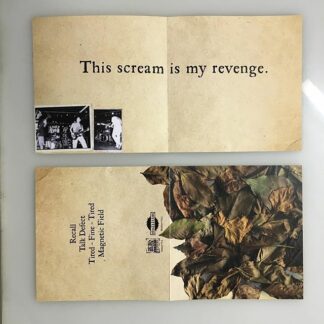