No Tongue are a four-piece from Oakland, California who established themselves in 2012 with their debut Self-Titled EP. They have recently followed that up with the release of their second EP Body + Mind. Taking cues from a slew of 80’s and 90’s post-hardcore, slow-core and math rock bands, No Tongue have delivered a sonic roller-coaster that will put smiles on a large number of fans who miss Level Plane Records.

Opening track, “Dwanta”, immediately sets a frenetic pace and brings about an anger and urgency reminiscent of Daniel Striped Tiger. It’s perfectly broken up by more subtle moments that allow the technicality and more math rock aspects of the band to be shown off.

“Shop Talk” has a Jekyll and Hyde attitude about it. Beginning somewhat more controlled, the rolling bass and dirty riffs immediately suck you in. Almost in the same manner These Arms Are Snakes could allow you to lose yourself within a song. Halfway through, the fuzz and wail of guitars kicks up a notch in cohesion with the dual vocal attack, showing off the Mr. Hyde nature of the band.

“Sad Contest” sees things slow down somewhat and shows the band’s penchant for writing clever emo songs in the vein of Braid and Boilermaker. It’s a pleasant change to hear a take on this genre that sounds fresh and can draw you in with such a short running time.

Closer “Sad Country” is a 3:16 minute instrumental that perfectly marks the end of this EP. It’s a mid-western slow dance that allows you to wind down while still keeping you emotively attached to the music. It highlights the spectrum of the band’s sonic capabilities.

Body + Mind is without a doubt one of my favourite EPs to be released this year and is highly underrated in my opinion. Along with Brighter Arrows Dreamliner, No Tongue have given us possibly the best smaller release of the year. If Level Plane Records still existed, No Tongue would be leading their charge without a doubt

Be the first to review “no tongue – body_mind 7″” Cancel reply 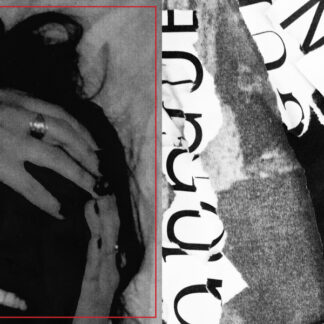