record sleeves were hit hard during shipment and may show some creases, corner dongs and/or seam split

Nionde Plågan is a three piece band from Jönköping, Sweden who formed in early 2012, from the looks of things. Nionde Plågan play a killer style of music that incorporates elements of post hardcore, post metal, and screamo within their sound. Musically, Nionde Plågan can be loosely compared to bands such as Daitro, Envy, Lentic Waters, Kaddish, and other like-minded bands. Since their inception in 2012, Nionde Plågan have released a self-titled nine song LP in September of 2012, an eight song LP titled Darnere Hos Dig in September of 2013, and a ten song LP titled Frustration in October of 2015. On their side of the split, Nionde Plågan offer up two songs of really well-played post hardcore, post rock, and screamo. The next three songs on the split come courtesy of The World That Summer. The World That Summer is a five piece band from Hamilton, Ontario who formed in 2015, from the looks of things. The World That Summer play a tense, powerful, and at times, atmospheric style of post hardcore, hardcore, punk, and screamo. TWTS’s sound is hard to categorize, but I pick up hints of Level Plane records era screamo bands such as Malady, Gospel, Fire Team Charlie, and Bravo Fucking Bravo. TWTS have released a split with Apostles Of Eris in April of 2016 and a two song EP titled Deadmos in September of 2016. On their side of the split, The World That Summer offer up three tracks of killer post hardcore, hardcore, punk, and screamo.
(dead air at the pulpit) 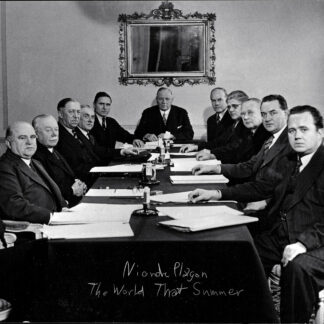