Grand-Pop are the kind of band that can make your heart soar. They can make uncertainty sound exhilarating; heartbreak sound wondrous and monumental; sadness sound hopeful and assured. Their sing-a-long tendencies and knack for a crafting a banging pop-punk anthem is straight-up awe-inspiring, marking them as a band ready and raring to shake you from the shackles of the every day.

Made up of members Warren Malia, Tom Hussey and Lou Hanman, Grand-Pop describe themselves as ‘three friends playing upbeat music’ and it’s evident in their output that the project is all about having fun, as their friendship correlates with the seamless, interweaving instrumentation. They truly sound like they were made to make music together.

Despite Eight Nights being the band’s debut full-length, Grand-Pop have actually been together since 2012. They’ve supported the likes of Iron Chic, PUP and Muncie Girls over the years but were never quite able to coordinate their schedules to produce an album. Eight Nights is pretty much the personification of the joy in making music just for the sake of it.

The album was well worth the wait; opener “Drop Trow” is a catchy smack-in-face, showing off the band’s playful shift in dynamics and texture while the impassioned “Soulman” brings vigorous percussion and stadium-worthy vocals. “Nervous Nelly” is a reflective, sorrowful narrative that still manages to sound optimistic, flourishing with its candid lyricism and a chorus built for those of us who need a therapeutic, nourishing sing-a-long.
(goldflakepaint.co.uk) 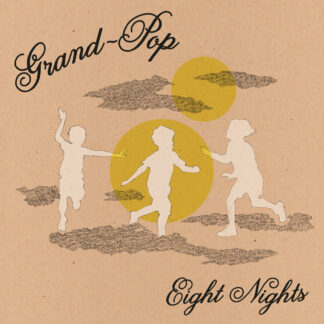