DIY punk is when friends from different parts of Europe get together to do a tour, split record or whatever. Drip of Lies (Poland) and Rivers Run Dry (Hungary) both play intense political hardcore promoting self-determination, social struggle and anarchist ideals.

Drip Of Lies is a four piece band from Warsaw, Poland who formed in November of 2008. Drip Of Lies play a great style of music that incorporates elements of dark hardcore and crust with a great punk attitude that puts the band in similar territory as bands such as Alpinist, Disfear, Planks, and Bacchus. On their side of the split, Drip Of Lies offer up one song of blackened, metallic, and crust tinged hardcore. The band tackles the topic of violence, fascism, and the problems this narrow minded way of thinking creates in Poland. The second two songs on this split 7″ come courtesy of Rivers Run Dry. Rivers Run Dry play a similar style of music, but with more of a d-beat leaning approach to their sound. On their side of the split Rivers Run Dry offer up two tracks of chaotic, volatile, and ultra pissed hardcore/punk/crust. Overall, this is a killer split and both bands offer up top notch material for this release. Highly recommended! Enjoy! 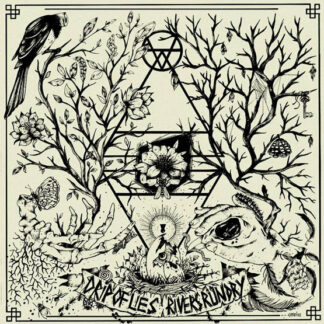