Oh man, I love me some Euro screamo/post-hardcore/post-metal. LAKMÉ hit a few grand slams with their brief but extensive discography from 2006 till 2009. I would strongly recommend downloading the Anthology/Discography here. The band perfectly sustained a straddling of multiple genres while being both heavy and melodic simultaneously. If you listen to bands like Amanda Woodward, Gantz and The Flying Worker! you’ll probably be all over this.

“První píseň o naději” is my personal favourite and is one of three new/unreleased tracks taken from the posthumous ‘Anthology’ collection. This song is siiiiick, as it’ll have you bobbing along to the (dare I say it) downright dancey stop/start riffing that makes the opening verses so goddamn catchy. This isn’t soft by any means, but instead sounds like Rosetta meets Funeral Diner. Simply amazing track. “Bludičky” is another ripper that screams The Flying Worker!, Danse Macabre and Gantz while “Nechci dovolenou, chci volnost” steals the show from the band’s debut LP with a sweet audio clip from a movie before the face-melting that lends to The Flying Worker! more than any other band I’ve ever heard.

So basically LAKMÉ played harsh, passionate European screamo/hardcore with both pretty and distorted parts. Definitely not to be missed. 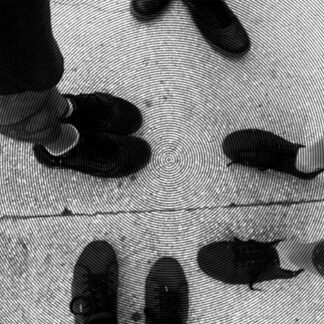