German label Time As A Color has a habit of putting out some great multi-band vinyl. You only have to look back to the label’s “Leave Nothing But Footprints, Take Nothing But Photographs” 7″ series from 2013. Daniel has always been imaginative and has shown a real desire to be different with his releases. This latest double 7″ is no different. Featuring five bands, pressed on black wax and housed in a glorious card sleeve and obi-like strip, “Divided By Water” brings together screamo/hardcore bands from Sweden (Trembling Hands, Careless), Germany (Duct Hearts), USA (Coma Regalia) and the United Kingdom (Human Hands). It was released earlier this year, limited to 423 copies on black and 109 dark blue/light blue marble copies (of which 69 copies were made available through the label).

This is a great little package and having one song per band across both 7”s makes it feel a bit like comp, so even if you haven’t heard all of the bands you’ll discover something else you like. Trembling Hands are a new band for me (illustrating my last point) and their song Rewind And Repeat provides a great balance of melody and controlled violence. They definitely sound more hardcore than I was expecting, but when they settle down their music is pretty spectacular (not that their louder stuff isn’t!). Duct Hearts follow on with an equally heavy hitting effort. I’m A Cat Person has a really cool grunge-vibe going on initially and the clean singing works great with driving guitars. Like Trembling Hands before them, Duct Hearts also make use of introspective passages to accentuate their song-writing and performance. Careless (the second band on the split that is new to me) comes at it from an off-kilter angle on Evidence For Recent Flows, with hints of emo-violence and a whole heap of semi-spoken screamo. Damn this is good! US duo Coma Regalia defies anyone who says that two-piece bands can’t throw out enough volume. I Am Not A Boat And You Are No Captain is wickedly catchy in the riff-department and is real heart-on-your-sleeve stuff. The song is more urgent and shorter but that only grabs you more. Human Hands close out with Moon, which is surprisingly restrained when put up against the previous tracks on here. Some may find it as a welcome relief while others may be willing it to explode. It doesn’t but it’s the perfect way to finish the split. It may be short and sweet but when it has this much impact, who really cares. You won’t just find one band you like here, you’ll find five. Best split/comp this year.
(this noise is ours) 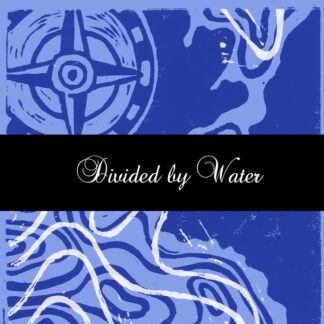