With echoes of the band’s previous work and obvious late 90s / early 00s inspirations, COMA REGALIA captures the deepening of screamo’s sound over time. Some might say the production feels a little undercooked, but it’s certainly not something you can charge a real screamo act with. “The Mirror” is a stirring document and a cathartic album. Becoming more experimental, mixing in more atmosphere, generally with feedback and/or lush, dreamy bits alongside the furious screamy hardcore assault, the balance and intensity is magnificent.

500 copies were pressed, maroon limited to 200 copies worldwide. 2-color screenprinted covers (3-color for colored vinyl), includes a screenprinted booklet, too!
my copies come in a special edition maroon inner paper folder and the front cover is cut to a vertical stripe. only 69 of these were made
the picture shows the cover of the maroon vinyl version

Without insisting on the superlatives it is safe to say that Coma Regalia is undoubtedly one of the most talented of the current US emo groups. In less than ten years, four albums and a palanquée of splits and seven, the ricains are the few to have successfully combined productivity and inspiration, a bit like Funeral Diner in his time.

The Mirror confirms all the potential and all the good that we knew about them. Between hardcore blasts (“Peel Back the Layers”) and bluettes plus emo (“Fragmental”), Coma Regalia masters the space and sensations with an annoying ease. The Mirroris a big block where everything is naturally linked, built almost conceptually, except that Coma Regalia holds as much Magma as the Trotskids , even taking the risk of blazing us with a title exceeding five minutes like that. is the tradition since a few skeuds (“Horrid Reflections”). In normal times, the daring par excellence, what, but not at home. As usual, it works and Coma Regalia offers us a throbbing, patient and melancholy exit where the last of the drunks ends up in a rush.

A pearl more in the nourrin of the golden generation of the US emo who, with Lord Snow , What Of Us or Gillian Carter, lives very beautiful hours. And we too at the same time. 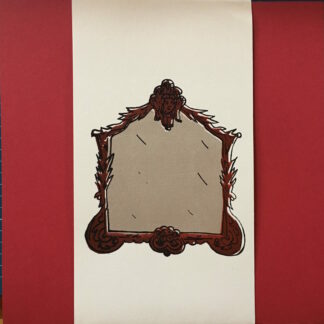