european editin on i corrupt records /300

The Reptilian is a three piece band from Kalamazoo, Michigan who formed in 2008. The Reptilian play a tense and frenetic style of music that incorporates elements of punk, post punk, screamo, emo, and math rock within their sound. Musically, The Reptilian can be loosely compared to bands such as 1994!, Tiny Hawks, Native, and other like-minded bands. Since forming in 2008, The Reptilian have released a a for song EP titled We Have Become in April of 2008, a four song EP titled Boy’s Life in March of 2009, a three song EP containing unreleased tracks in June of 2009, a seven song EP titled Full Health in October of 2010, a split 7″ with Jowls in October of 2011, a four way split with Annabel, Empire! Empire!( I Was A Lonely Estate), and Joie De Vivre in November of 2011, a split 7″ with Innards in January of 2012, a ten song LP titled Low Health in June of 2013, and a four way split with Two Knights, Victor Shores, and Boy Parts in June of 2015. End Paths is the band’s latest full-length LP, which is slated for release via I Corrupt, Community, and Skeletal Lightning records on September 16th, 2016. On End Paths, The Reptilian offer up eight tracks of tense, frenetic, and angular punk, post punk, screamo, emo, and math rock. (deadpulpit.com) 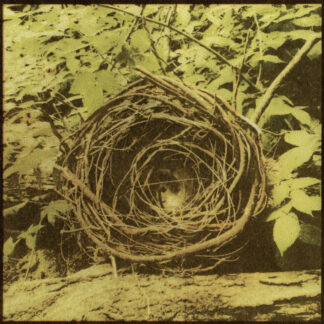