‘Paper Prisms‘, the band’s debut album, is dynamic throughout, as the quieter and more serene moments build and crash around your ears as these epic moments begin where every band member swings as one, that monolithic wall of sound then hits you like a goddamned freight train. As for the instrumentation, the guitars, which are either feed-backing, being simply distorted, or slammed with chorus, or occasionally a combination of both, surround the pounding and punchy drums while the vocals are just drenched in reverb and delay. Yet this creates an expansive and open soundscape, and it’s one that will completely engross the listener, whether it’s through your headphones, your monitors or in your pitiful car. The mix has real scope and depth, and the songs are all the better for it.

This record also gives off some serious melancholic vibes (don’t forget those Basement lyrics, yeah?) more often than not and we don’t think that’s just because they are from the U.K. (look at that totally sunlit and bright album cover). It’s an emotive album, that’s for sure, and this makes the album a lot more engaging and memorable than you’d initially think. Sure, it’s nothing that new in regards to the music and its themes, but the band has taken something that a lot of other bands do, the whole indie/melodic/RFC worship and have bested most others at that said thing. It’s because it always comes down to the songs, and these guys churn out some great ones, like the haunting title track, the delicate yet sonically crushing ‘Charles‘, and the brilliant opening song, ‘Haze‘.

It’s seriously solid stuff no matter what Simmer decides to do with themselves. Here’s to the rest of your 2016, lads.
(http://www.killyourstereo.com) 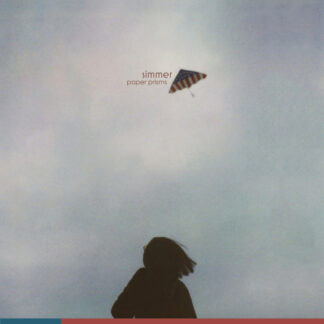