View basket “connections part III LP (sundowning/reka/maudlin/black table/i not dance/quantis)” has been added to your basket.

listen to the record here:

How about this, a UK band that kinda sounds like Party of Helicopters or Harriet the Spy! Bit of a turn up. The a-side nudges out of the gate and then suddenly explodes into a wail of nutty vocals, the music lurching around in a hectic, mid 90s Gravity-esque fashion. This is the kind of vaguely melodic hardcore that I can get firmly behind. The music is powerful and dynamic, yet never descends into rote screaming as you might expect with a band peddling this kind of music. Saturday’s Kids got smarts. The song kind of loses it’s way towards the end when it goes a bit post rock with guitar effects and sobbing vocals, not really sure why they did this, as it’s dead boring compared to the rest of the song. Two shorter songs on the flip see the band flip out again, guitars scree-ing around and a nice injection of lunacy on the masochistic “Spiders Legs”. “A Dirty Dream” is a bit of a muddle, flipping between a droning 90s indie rocker and arty tom-foolery. Not quite there but not bad nonetheless.

Solid seven, this really scores by sounding nothing like any other band I have heard in a long time, especially in this country. An ear should be kept open for their future output. (collective zine) 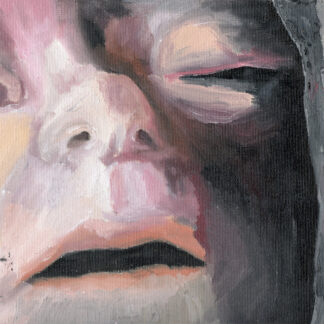