View basket “pastel – l’acchiappanuvole LP” has been added to your basket.

a 16-minutes long track merging post-rock, post-metal and soundtrack-like avant-garde, plus one new unreleased song for each band

Longtime friends Riah and Postvorta had to stop their live activities due to the pandemic. In this context they decided to join their ideas in a long suite fusing together the two bands’ souls, dreamy and ambient the former, heavy and aggressive the latter. The result is a 16-minutes long track inspired by an illustration that then became the split cover art (by Davide Brioschi), merging post-rock, post-metal and soundtrack-like avant-garde. The release is completed by one extra song from each band that has never been released on physical format. The tracks are ‘Epidermide’ by Riah, the first recording with the band’s new three-guitar line-up, and ‘Hollow’ by Postvorta, recorded with the new line-up featuring Matteo Borzini on the drums (The End of Six Thousand Years) and Mohammed Ashraf (Void of Sleep, Pie Are Squared). 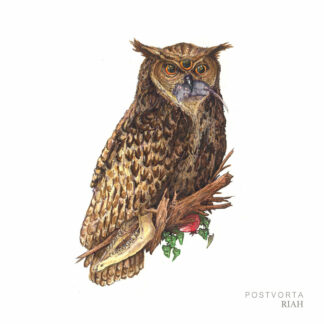