Since the genre’s longtime flag bearers Isis called it splitsville, it seems like the post-metal genre got a little quieter. Fans of heavy melodies have been able to seek solace in such closely situated subgenres as post-rock, sludge, doom, progressive, and stoner metal, all while waiting for some of the post-metal heavyweights to put out new material. Just when we were missing them the most, Pelican returns with Ataraxia/Taraxis, the band’s first release since What We All Come to Need surfaced roughly three years ago.

Why the long delay? Reportedly, the band’s four members have spread out to different cities, which could understandably make the collaborative process a bit more difficult. Despite its four tracks being recorded in four different studios, Ataraxia/Taraxis holds together as well as you’d expect from a Pelican release, each song weaving into the next with a strangely graceful flow.

The titular lead track, “Ataraxia”, means “peace of mind,” an apt title for this calm (if somewhat unsettling) song, which opens with an Eastern-inflected dirge and then picks up a gentle keyboard melody over a growling bassline. “Lathe Biosas” immediately busts the record wide open with an impacting, churning guitar riff before unraveling into a lighter, quickly strummed grind. However, the buildup picks up the pace on the hard-pummeling “Parasite Colony”, echoing the band’s past material. “Taraxis” sounds more like a companion piece to the album’s opener. It’s moreover an acoustic track, with a great minimalist bells-and-organ breakdown that makes up its core, all before it explodes into a gloriously distorted finale.

The EP clocks in at a pretty trim 18 minutes, which may not seem all that brief until you think back on how single tracks from Pelican would sometimes play out to similar time lengths; still, it’s a welcome dose of new music from the post-metal quartet. 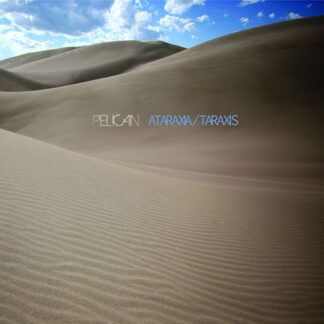