Last Minute to Jaffna seem to have an interesting attitude to chronology – their latest release “Volume II” comes hot on the heels of “Volume III”, released in 2014. Now entering their tenth year of existence, the Torino quartet have somehow managed to slip under my radar until now. After giving their latest release a few spins this won’t be happening again.

“Volume II” kicks off with the slow burning “Chapter XV”, which unfortunately I find to be a bit of a false start. Building from quiet, delayed guitars to heavy distorted riffing, it fails to engage until Valerio Damiano unleashes his powerful roar about five minutes in and then everything clicks into place. Fortunately this is a minor blip as over the course of the subsequent seven tracks Last Minute to Jaffna draw the listener right in and don’t let go until the bitter end. Lengthy epics “Chapter DCCXV” and “Chapter XII” follow which highlight what the band do best; astral voyages through Isis-style soundscapes riddled with spiky melody reminiscent of Mastodon.

The real highlights of the record though come in the forms of “Chapter XIII” and “Chapter XXV”. Both of these tracks are dark ballads of the kind favoured by Scott Kelly, both beginning in whispered near silence before being stretched into crunching, cathartic dirges. The later of these two behemoths establishes a particularly evocative atmosphere at its inception, smearing faraway crackling static over chiming chords as heavily reverbed drums join the fray to create a real otherworldly feel. The overall effect is not dissimilar to the work of Yob on their seminal 2014 release “Clearing the Path to Ascend”.

Last Minute to Jaffna offer a couple surprises along the way too, particularly centrepiece “Chapter DCLXVI”. Initially it appears to be a welcome respite in the form of some cleansing drumless droning doom before things take a most unexpected turn. Out of nowhere, drums erupt into a drum and bass pattern which gradually becomes increasingly chaotic and fractured, taking on strange new forms. I’ve still not managed to work out if this has been played live or has been cut up and manipulated using studio trickery. However it’s been done, it works to great effect and takes what could easily have become a jarring and crass experiment into different rhythms and makes it a success. Closer “Chapter XXVI” also offers a different side of the band. It takes the sparse repetition of Earth and marries it to the dark melody of Mogwai to hypnotic effect, bringing the album to an end in quiet, ambient fashion.

Apart from the slight misfire of “Chapter XV” and a slightly flat production, “Volume II” is a triumph. The material on display here shows the band have got more than enough inspiration to keep their fires burning for another ten years and beyond. 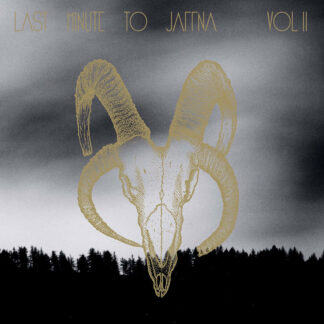