In First Person from New Jersey starts off the a-side with their dissonant and pummeling metallic hardcore sound. The band’s highly concentrated and volatile sound is reminiscent of Cursed, Tragedy, and Deadguy. The three-piece outfit, which boasts former members of You and I as well as The Assistant, destroys it on these four songs. If you missed their previous full-length, I suggest you go back and grab that as well. This band could easily be huge.

On the flip side we’ve got Storm the Bastille from Pennsylvania, which is a stellar name for a band. In comparison, things are a tad less vicious on this side with Storm the Bastille opting for a screamo/power-violence sound. I’d compare them to Joshua Fit for Battle or even older Underoath, when they were highly influenced by thrash and black metal. The recording is rather sub par though, which takes a lot away from the recording. 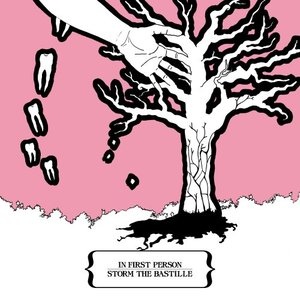