Ilydaen are a Liege, Belgium based alternative band formed in 2009 and produce a mix of instrumental melodies and sharp riffs. After their first two albums Digressions and Maze, the band released the double LP Veil this month.

Ilydaen have built their sound through six European tours performing more than a hundred gigs! Veil begins with Aku Aku, an almost seven minute exploration of some of the darkest riffs I’ve encountered for a while – if anyone is looking for some backing music to their latest horror movie, this could be it. Soaring guitars, with a hint of East Bay Ray are layered on top of an almost math-punk rhythm and power chords conveying the gates of hell…it’s different, strong and powerful!

Organdy goes one step further with over eight minutes of eerie guitar work with some respite about a quarter of the way through with a slower, softer section that echoes some of the later Amebix recordings. The nine minutes plus of Aura are simply epic in scope and sound starting from a tuneful opening and spiraling into a mesmerizing repeating rhythm and guitar that just lures you in.

Minos opens with some ominous sounding keyboards, establishes a slow beat and builds incrementally to introduce some operatic vocals and ends perfectly with a solo piano – incredible stuff! On Bauta, Ilydaen rock it up again with a Killing Joke style opening riff and continue until a plaintive vocal overlays a solo keyboard. Over the last couple of years, we’ve had a sprinkling of instrumental albums to review and this one is one of the best as the band build to a rocking climax on Acrylic.

The seven track double album concludes with Maras a song that clocks in over twelve minutes in length. Beginning with soft keyboards, a slow drum beat and swirling guitar notes, the band construct layer after layer to build a mellow intro. The track launches into faster, harder territory before returning to that addictive layered sound and then back again! 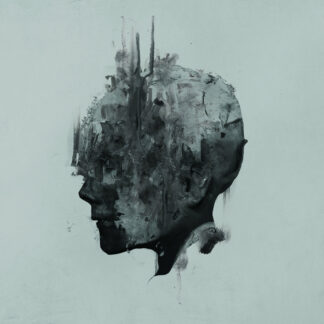