San Francisco’s DAIKON has been playing around for years. This, their second record, is more intricate and possibly subdued than their first release but the pop hooks are even more prevalent. The comparisons that have been made to SUPERCHUNK and THE WEAKERTHANS are not too far off the mark but pinning them to one certain sound is a difficult thing. Eight songs that will appeal to fans of indie rock and the poppier side of punk. Includes download. –Jerry (drums) was in BULLETS IN and NO DICE. He and Shaye (bass) were also both in UNDER A DYING SUN. They don’t really sound like any of those bands though. 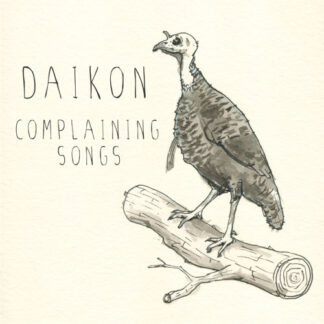