View basket “belka – ermitage 12″” has been added to your basket.

Starting this part we have SUNDOWNING from Germany who release postmortem their final song ‘Funeral Malevolence’, a dark and gloomy piece of dark hardcore that this band was lately known for. This tune is followed by REKA from Russia, who give their masterpiece ‘Expactative’ the first spin on vinyl ever. The band proofs once again their artifice to combine monolithic passages with rousing moments of light and draught, a rough jewel of atmospheric and heavy music.
Belgium’s MAUDLIN follow with their song ‘I’ll Cut – Distant Distortion’, a cinematic version of modern Postrock, added with sharp vocals and different cuts, making this band such unique.
After this, BLACK TABLE from the U.S. set sail to unleash ‘Heist’, a beast of metallic sound-structures falling in a mixture somewhere between black metal with progressive impulses. A musical intense and dramatic pathway, which is guided by a significant voice to blaze an acoustic trail.
Adjoining Austria’s I NOT DANCE deliver with ‘All The Roads We Left Behind’ a forward raging piece of Posthardcore that ventilates a proper portion of pressure, drama and passion. High pitched melodies and a constant level of intensity, underline this powerful and dynamic juggernaut.
Taillight of this release build Malaysia’s QUANTIS, who nail down five songs of harsh and rough played Screamo. A sign of life from a spirit that seemed lost for a very long time and got caught by these punks to create music falling between ear catching melodies and emotional outbursts. A perfect end of this 12”, which builds bridges to the existing parts of the series.

Except the Black Table’s contribution all of these songs are exclusive releases and can be caught on vinyl for the very first time. This release is limited to 500 hand-numbered copies on white vinyl. Black innersleeves and a Poster containing lyrics, info’s etc. are added as well. The artwork was done once again by the amazing Sebastian Weiß. 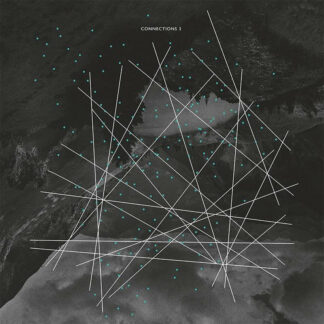