no relic by Carson Wells

The third album from Scottish post-hardcore trio. From their roots in mathy screamo, to their intricate and brooding sophomore LP, Tread A Northern Path, Carson Wells has evolved considerably during their near decade as a band. No Relic continues to push their music in new directions, as arguably their most surprising release to date. At 6-songs, certain authorities might consider it too short for the `long-play’ tag, yet, at thirty minutes it outruns their debut album, the nine track `Wonderkid’. The sprawling compositions on `No Relic’ stand as a testament to the expanded horizons of the trio’s songwriting – switching effortlessly from blistering, scrappy sections that hark back to the band’s early output, to expansive, hypnotic passages. 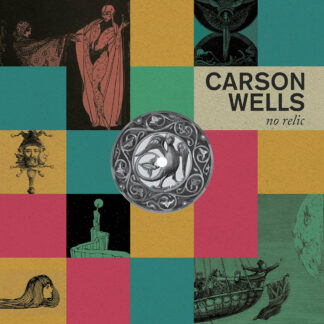