Time for another embarrassing music confession; until these singles came into my hands, I had never listened to Boris before. No, I cannot give a good reason for this, yes I know this is sad, and yes, my puny indie rock ass was blown by these six songs of heavy, experimental, noise infused post-metal.

Each single has a different member of the band, more than likely to show the different direction each single goes. Vol. 1 is the most directly catchy of the three. It starts with “8”, which opens with a chugging guitar riff before a few drum hits morph the song into the greatest song Dinosaur Jr never did, complete with guitar let ups during the verse and a sublime guitar solo in the center. The song is just pure ecstasy for the ears! The flip side “Hey Everyone” is more in the metal zone, with chunkier riffs and tribal beats and chants. Still it manages to be catchy in a way only Boris can make metal riffs and screeching vocals catchy.

Vol. 2 would be the most metal/traditional sounding of the three, along with where their experimental side begins to show. “H.M.A. (Heavy Metal Addict)” is just that; the equivalent of crack for a metal head or Boris lover. The thick, body crushing riff that is the soul of the song coupled with the lyrics and chanting would be great as it was, but the quick solo at the middle just puts it over the edge. “Black Original” is the more experimental track of the single, starting with weird effects and a beat that continues (though buried) through the song. The riff is lighter, but still good, and the vocals are more digestible than “H.M.A”, but the song is just as good as the previous 3 songs.

Vol. 3 is were the band decides to mess with everyone and go full on experimental, at least for Boris. “16:47:52” is sung by Wata, with nothing more than an airy guitar and simple drumming to accompany her silky voice. It has a real Sigur Ros meets a jazz/lounge act feel to it and I mean that in the best possible. It is extremely beautiful and pretty; destined to be heard on rainy days or deep at night. It gets noisy again on the B-side “…and Here Nothing”, but instead of speed, the band dives into their slow metal with a mix of psychedelia and stoner rock. It still has that level of experimentalism to it, with echo galore especially on the vocals and very different drum work that is both minimal and loud at the same time. Sounds almost like a hymn at times, which is very cool.

I know every time I review singles it’s never negative and I am probably under the “new band obsession spell”. And from what I can tell, every hardcore Boris/metal fan who has read this is probably seeing everything they didn’t want Boris to turn into happening before their eyes. However, for the rest of us who just like good music, these are some great single, not only for the unbelievable songs, but the thick, cardboard covers, translated lyrics printed on the backs, and just sublime art work. I feel very jealous of the people who managed to snag the forth single as well. 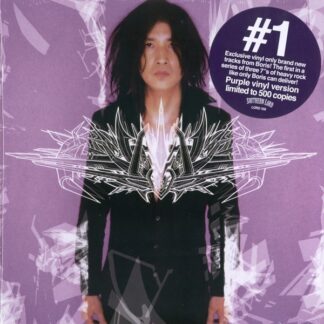