In 2010, guitarist Matt Mewton (also of Brooklyn-based black metal legion WOE) joined forces with bassist Lesley Wolf (of Brooklyn-based blackened sludge band, MORTALS), and drummer Jacques Johnson. Realizing their doomed black metal style struck a chord, the trio began demoing material and playing live. After two self-released demo releases, a blistering and massive two song contribution to a split release with ANICON, and a limited edition EP, BELUS forged a bond with Vendetta Records to release their latest and most shuddersome offering to date. Apophenia delivers seven new songs packed to the brim with merciless, rippling, and suffocating atmosphere. Each song is crafted with authentic, proficient guitar and bass work that focuses on massive riffs without studio trickery. Ritualistic and steadfast guitar and bass tones speak their own languages as they slither throughout Apophenia. Clever and intuitive drumming drive merciless triplet-blasted fervor into each song and pumps life into the bleak and dark pulse of the world. Apophenia brings agonizing, indignant, and thunderous anthems of unwavering whispers of dissonance through an immortal storm. The unrelenting, bleak aura of Apophenia puts forth an acrimonious pall while reaching for serenity.

cover may show a tiny stress line on one corner

Be the first to review “belus – apophenia LP” Cancel reply 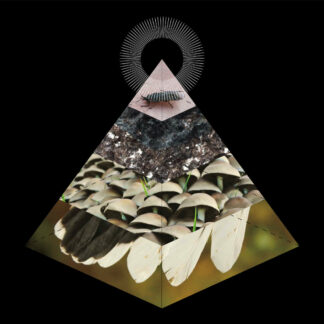