During the last weeks we have not managed to get out of the head the boys of Aneros. Since the project was announced a few months ago the hype has been growing more and more, until just a few days ago the first of the themes of his debut EP was revealed. The quintet that we presented here a few days ago, based in Barcelona but with members originating from all points of the Peninsula, premiered earlier this week “moons”. A round of only 5 cuts full of energy, rage and atmospheres. Without intros, nor crescendos, “Elara (1905)” opens the disc like a punch to your ears. Post Hardcore melodies and bellows as only Candido of Viva Belgrade knows how to do, singing about loveliness and melancholy while taking steps to melodic instrumental passages perfectly executed to bass and drums. Despite being part of the Post Rock label, as a rule there is practically no minute of low intensity, except for the union made by this first cut with “Nereid (1949)”. Again, it comes straight and powerful. This was the first approach we had towards the band and since then we do not go away from the head those guitars that give off riffs that look towards the East. A stunning finale with fast-paced rhythms and well-honed guitars that give way to the interlude of “Luna (2016)”, a totally instrumental cut with the collaboration of Maitane Eskitxabel on keyboards and connecting with our favorite “Rhea (1672)”. Again, no hesitation at the time of starting and a small flirtation with experimentation in rhythms. The voices of Candido put us back to put the hairs of end during the route of all the song and its markedly different phases that finish all the high. To close, “Cressidia (1986)” theme that we had the honor of premiering exclusively in this house, and that at first was not thought to be included in the round but we believe it is a success that it has been so. Except for the interlude, it is the topic where they have most risked. A low solo almost sets the pace from the beginning and little by little the other elements of the formation are incorporated. A theme that looks a little more towards the instrumental rock of pitch and claw, which is allowed the luxury of incorporating choirs in clean at the hands of Xavi de Bullit. And look, the subject lasts 11 minutes for something … those who are patient enough will be able to discover the surprise. “Moons” leaves us wanting more. It seems the typical phrase that is always said in these cases, but it turns out that this now makes more sense than ever. We love what we hear in these 5 songs and we can not wait to hear your new compositions and, of course, enjoy your live. The EP was recorded by Sergio Picón in the Seven Barbas Studio and by the time you can acquire it digitally through your Bandcamp.

Be the first to review “anteros – lunas 12″” Cancel reply 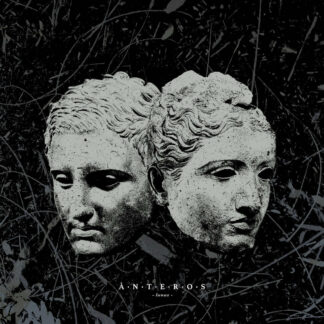