View basket “amalthea – the fall 7″” has been added to your basket.

amalthea – in the woods 2xLP

The year is 2014 and after more than two years AMALTHEA finally connected all needed parts to finish their work for an outstanding recording that lead into their second full-length entitled “In The Woods”.
Something that was already indicated back in 2011 on their released EP “the world ends with you” which got perfectly shaped into seven brand-new songs, a mixture of heavy postrock combined with elements of well balanced ambient music and a couple of their individual music roots. “In The Woods” took the band further on their creative path and shifted space for influences such as 70’s rock, classic jazz, and 90’s progressive hardcore.
The new album was recorded out of the perspective of isolation and was about the four band members getting distance from their ordinary lives, jobs, obligations and, to some extent, their previous efforts. These seven songs can be seen as a document over experiences with various degrees of change, love and loss taking part all around human life. To extend the range of used instruments and sounds, a lot of guest musicians joined the band during the recording process to contribute choir, violin, viola, trombone, trumpet and saxophone. The band recorded all material on their own and was able to work with MAGNUS LINDBERG (CULT OF LUNA), who did an amazing mix and mastering.

With knowing this, these recordings sound like a refuge for everybody who is into music that breaths and reveals new treasures with every listen.
If you were to name some similarities to other artists, you can definetely hear the influences of bands such as CULT OF LUNA, ISIS, but also KARATE. 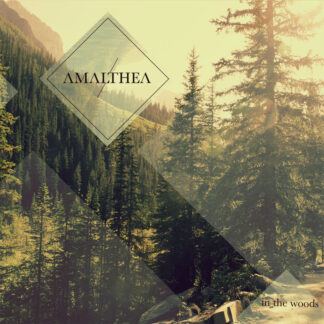