Planned long ago, and finally its here, the two befriended bands The Tidal Sleep and Orbit The Earth planned to release a Split 12 inch long ago. The release is something special for both bands: New songs from The Tidal Sleep after their smash release “Vorstellungskraft”, which sold 3500 copies in just 4 months, which has to add up to the old material. The boys approached song writing differently this time (every band member wrote a song by himself) which concludes to 3 songs plus one Orbit The Earth cover by The Tidal Sleep.

Orbit The Earth went through some severe changes in the past 12 months. The Band was on the verge of breaking up after the bass player and the singer parted ways. But the band stood together, found a new bass player and added Julian, the song writer and guitar player to the vocals. Musically, this change meant a new pop influence for the band, but still with the soul of the old songs. The songs were written on acoustic guitar and more accessible to the listener, the influence of The Arms Are Snakes is recognizable. The crazy madness, one of the bands handwriting, is still there, so every fan of the first OTE record won’t be disappointed. 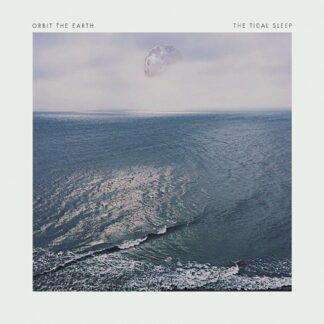 You're viewing: the tidal sleep / orbit the earth split LP €13,50
Add to basket