the minus tide / turn around norman split LP

It’s great to see Mountain still putting out quality records. Anyone into top o’ the range emo should be owning past LP releases by the likes of Republic of Freedom Fighters, Closure and Saetia (obviously), and whilst this split LP is not in that upper bracket of downright brilliance, it’s at least a good ‘un that is worth tracking down for the TAN stuff.

Turn Around Norman have a pretty weird sound for a band in the year 2002. To me they sound like a band from 1995/96, probably located in California. There is a bunch of bands from that period that have a similar sound to TAN. Mostly female fronted, screamy/shouty hardcore with emo leanings. Bands such as Shroomunion, Driftwood, Crash and Britany, Roosevelts Inaugural Parade and a few bands off the ‘Hand Made Words’ comp LP is where to search if you want to hear other bands like this. It’s fast paced stuff with lots of melody and a political edge to things (so obviously they are not a real emo band. ha! see their explanation in the insert). Laura’s vocals are very strong and passionate when sung, and harsh and cutting when she screams the house down. Jeff brings back up vocals and variation. This is just all round good solid music that is put over the edge by their passion and energy. Damn fine, improves with listens too.

The Minus Tide do the other side and I had no idea what to expect of these folks because I had never even heard of them. I have to say, I was worried at the start, it kicks off with piano and cheesy metal guitar licks – which turned out to be an instrumental. Then the thing proper starts, and it’s basically cheesy metal and harsh vocals, with atmospheric bits. I think maybe if you appreciate cheesy metal more than I, you will like the Minus Tde.

Distinctly a one sided record for me, but at least it’s a good side.
(collective zine) 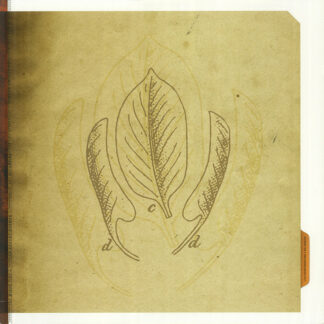 You're viewing: the minus tide / turn around norman split LP €9,00
Add to basket