Cancer, Showbread’s latest studio outing, follows the story of a downtrodden and rebellious rock icon of a protagonist as he attempts to use a punk rock band to lead a revolt against inter-dimensional fascists called “The Principalities” in a not-so-distant American future.

the vinyl copies we have obtained are deadstock that has been in storage (and shrink-wrapped) for eight years. We opened two copies to check variant information and while the packaging is pristine, the records show slight warping due to being in storage (and shrink) this entire time. They still play but are not 100% mint records. Please take this into consideration when buying 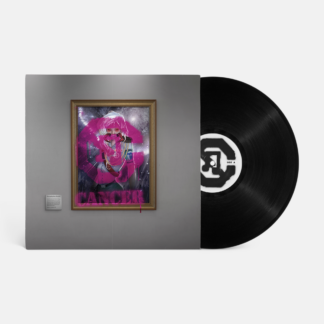