I had a hard time making this post, purely because I wanted to do it justice. First of all, it’s no secret that I’m not a fan off noodle-y hardcore. So much of modern skramz (and yes, we can use that term now – it’s been co-opted, bands legitimately identify themselves under that banner, it is now an identifiable style) draws from that, especially those hailing from North America, and these bands producing this stuff, while entirely dept and skillful, lack a rolling cohesion, lack that motion of spirit that should be apparent to anyone who listens to music like this. Ask me who I’m talking about in person. ~ Let me just say, Polina are miles above their contemporaries. They do indeed finger across the fret board, but the melodies are present, the rhythms are catching, vocals do not grate. Yeah, it’s timely. But they’re good. The music they make is real.

I had the great privilege of catching Polina play in an intense punk garage in their hometown of St. John’s. Their thin moustached bravado was matched only by the graffiti on the walls. They were kind enough to take me to the ocean the next day, and watched nonchalantly as I was attacked by waves. We handbilled bros at the stadium where NOFX was playing. Chongos as far as the eye could see. Polina didn’t care about that crap. They played again that night and killed it.

What you need to know: Polina are punker than NOFX.

Be the first to review “polina – 7″” Cancel reply 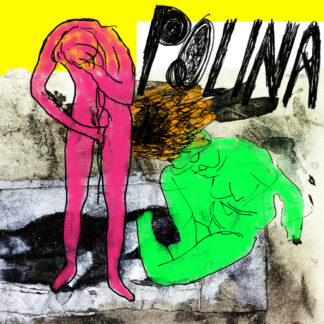