Hailing from Maryland, four piece Perfect Future have released their third studio album ‘Manifesto’ with their unique blend of emo, punk and hardcore. The album’s title is self explanatory, working as a political manifesto in a musically artistic form. Whilst politically charged the messages are not bombarding and allow deep thought and consideration.

listen to the record here:

The opening of ‘Preamble’ is gentle and accompanied by soft voice. However, the message is dark, opening with the line “The old forms have failed and proven themselves predisposed to fail.” Immediately, we are greeted with this political message on the systems having failed and as the voices rise towards the end of the track, there is building anger and bitterness in the lyrics tone. The track effortlessly moves in to ‘Call to Arms’ dramatically increasing the pace and distortion. The song shifts between fast paced, slow and heavy to stripped back and delicate, similar in chaos to the society we live in.

The stand out track of the album would be the ironically titled ‘Our Best Years’. The drums open to push the song forward before being picked up by intricate guitar undercutting a smooth bass line. The chorus backs a punch with its stabs and drawn out vocals. There is a notable break in the song, slowing back down with the aid of drums again before playing the original riff. This could be another ironic stab by the band at the repetitive nature of society. This is broken by the fast chord progression of an outro with screamed dual vocals, perhaps the revolution they are looking for.

The album is carefully and cleverly crafted with abstraction right down the Rothko-esque cover art. ‘Manifesto’ shows the natural maturity of a band upon their third effort. Despite political motivations it is open to artistic impression. The political message is a strong one although will probably only appeal to an open minded political audience. 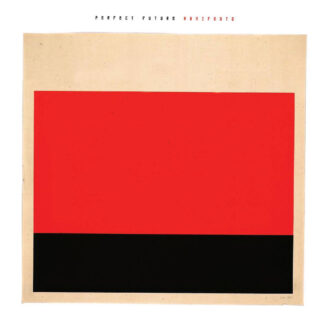