This is something unique and unusual from Germany from one of the guys in Manku Kapak. This has been happening in some form since 2008 and there have been multiple download, tape and CDr releases since then. It is haunting and minimal piano music with lyrics spoken over the piano. Pretty much like nothing else I have reviewed on here before. The first track comes in gently with a single note repeated before the track breaks in with its overriding sadness. Those familiar with Manku Kapak will recognise the voice when it appears – spoken for the most part but sung towards the end. Lyrics are both bleak and thoughtful on this record – something you could link back to Manku Kapak. There is a little more going on than just the piano and vocals though with the odd beat here and there and the melodica makes an appearance too. “SOS” is a moody and atmospheric instrumental before the lengthy “Die Notwendigkeit der kleinen Schritte (fuer grosse Ziele)” brings things to a conclusion. It is a track in stages with a whole story behind it and is almost 16 minutes long. Here is a quick translation of part of the second verse to give you an idea of the lyrics – “You want to see again at last how the leaves fall from the trees and grow back once more in Spring, you want to live again at last.” This track conjures up all sorts of imagery and emotions ranging from bleak claustrophobia all the way through to the supremely hopeful note that the lyrics end upon. This is music that suits me in particular frames of mind as despite its minimalism it is highly involving at times – I’ve enjoyed it immensely. 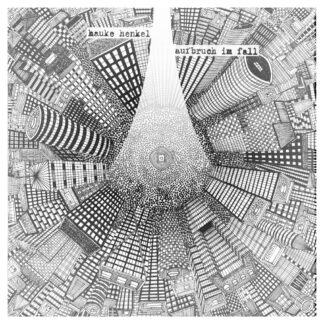