In between cryptic, eerie intro and outo, Black Table showcase why the hype surrounding their debut EP Sentinel was worth it. Like Inter Arma, the music isn’t stereotypically proggy (Inter Arma maybe a tad moreso); instead, the record weaves in and out of styles with ease. The blast-beat fueled sections are grand, but they don’t define them. Likewise, the riffs come and go with little fanfare (though they occasionally stand out). Obelisk is a record that could fail under the weight of its own emotion. The record is clearly cathartic, discussing vocalist Mers Sumida’s depression through various mythologies, alternately grand and intimate. The music echoes that feeling, at times ready to start the hellfire, while bringing the “feels” or whatever.

The result is a fantastic album that isn’t always a joy to listen to. Yet, it’s very easy to appreciate. Black Table have forged their own path on their debut, and the path to future releases appears to be promising. They’re great now, but have the potential for further greatness.
(newnoisemagazine.com) 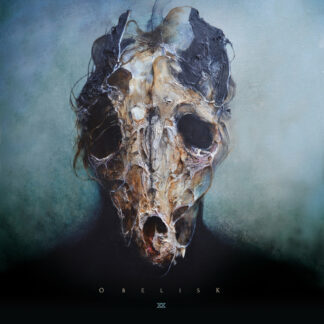