View basket “render useless – the relationship between a 1/4 note and a 1/8 note 7″” has been added to your basket.

Nervous Passenger are a 3-piece melodic punk band from Chicago featuring members of My Dad, Itto, and Love of Everything.

The two Chicago bands join together for this release, which features three brand new songs, one from The Island of Misfit Toys, and two from Nervous Passenger, all of which feature a new and edgy sound from each band, not yet heard before.

The A side consists of “The Cockroach Song,” a standout track from IOMT, with loads of instruments and sounds ranging from the likes of Say Anything to Los Campesinos!.

Side B features 2 tracks from Nervous Passenger, who take on a more melodic approach, delving into Braid-esque emo passages at times, while still maintaining their true punk roots.

Overall, each of the bands’ songs serve as the perfect complement to one another and the split dishes up some of the best from a few of the most prominent bands in the current and expansive Chicago underground indie, pop, and punk scenes.

For fans of: Say Anything, The Anniversary, Arcade Fire, Los Campesinos!, Nothington, Braid, No Use For A Name 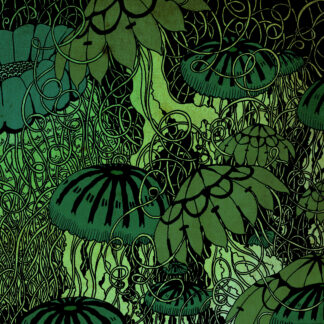 You're viewing: the island of misfit toys / nervous passenger split 7″ €5,00
Add to basket