View basket “mahlstrom / every stranger looks like you split LP” has been added to your basket.

Mahlstrom is four-piece from Stuttgart,germany. Not really influenced by the modern hardcore genre, they play straight forward but melodic, sometimes carrying hardcore music, which commemorates the sound of 90s german hardcore bands. With emotional and political lyrics Mahlstrom forces the listener to a point of self reflection. It’s mostly not about negative things in life, but much more about doing it right or at least trying. In four years as a band Mahlstrom released two EPs called “Heimwärts” (2011) and “Nach dem Stillstand” (2013). Now they teamed up with Every Stranger Looks Like You from Belgium to release a Split in July 2015.

Every Stranger Looks Like You is a 3 piece grunge/hardcore band based in Brakel. Their debut EP “Cursed Soul/Golden Heart” was received with a wide array of positive reviews, and word of their strong live performances quickly spread and got them to play a lot of shows with bands such as Bass Drum Of Death (US), Listener (US), Hotel Books (US), Goodtime Boys (UK), The Cold Harbour (UK), Hindsights (UK) and many more. After having toured Germany and played numerous shows in Belgium the self proclaimed “$ludge Megazord” released their second effort, “Life In The Abyss”, teaming up again with Carl Saff (Touché Amoré, Suis La Lune, Self Defense Family,…) for mastering. 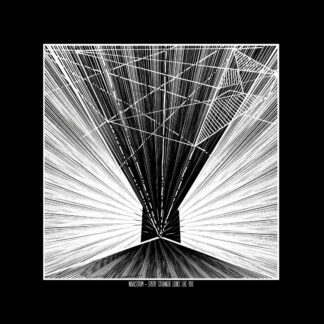 You're viewing: mahlstrom / every stranger looks like you split LP €10,00
Add to basket